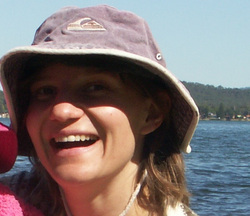 I am interested in studying the mechanisms and adaptive function of behaviour, cognition and learning. I particularly enjoy addressing questions that test fundamental behavioural theories, but also inform practical wildlife conservation and management issues. I serve as Associate Editor for the journal Proceedings of the Royal Society London, Series B and am a Council member of the Australasian Society for the Study of Animal Behaviour.
For more information, see
http://www.newcastle.edu.au/staff/research-profile/Andrea_Griffin/
and
http://scholar.google.com.au/citations?user=xnSRHe8AAAAJ&hl=en 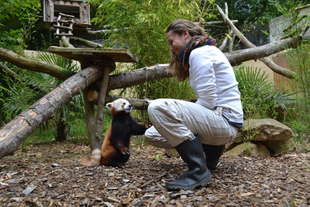 MSc 2015, PhD 2017-ongoing
The role of nutrition in regulating population growth in urban avian communities
Chloe.peneaux@gmail.com
Being part of Andrea Griffin’s lab since 2015, I had the opportunity to develop my skills and interest in an array of fields going from cognition, to personality, and passing by nutrition. I am especially interested in the impacts of changing environments on animal behaviour, and am fascinated by the incredible ways individuals and populations consistently find new ways to adapt to different environmental constraints.
My MSc. focused on differences in personality in populations of common mynas living in different parts of the invasion wave, and on how interspecific variations contributed to the invasive success of this species. For my PhD project, I aim to tackle the question under a new research angle. Nutritional conditions during early stages of development are particularly important in shaping later life phenotypes, and ever expanding urban habitats are known to modify nutrients availability. In this context, I investiaging the role of nutritional deficiencies in common mynas and other urban adaptors. 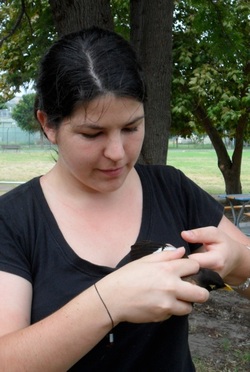 MSc & PhD (2010-2017)
My main interests lie in the broad field of cognitive ecology which looks at the interface the animal's behavior, cognitive capacities and environmental constraints. I also like to take part into applied research that can have direct local benefits to the community and the ecosystem.
My PhD focused on the common myna, an introduced species that has spread to a point where it is now present almost everywhere from Cairns to Melbourne. I am focusing on the effects of myna management strategies on long-term population behavioural shifts.
I had the chance during my Masters to see what an amazing bird it is, not only can they learn from subtle cues but also be very innovative, solving a range of puzzle-boxes. And I am sure they are not done surprising me.
contact: Marie.Diquelou@studentmail.newcastle.edu.au 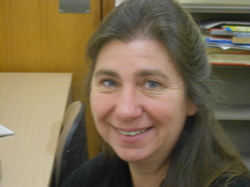 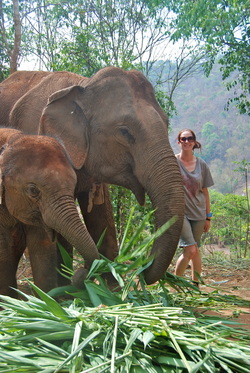 During my MEnv year at the University of Melbourne, I completed a research project investigating social learning of elephants in response to perceived threat sounds. I am very interested in elephant social behaviour and how this behaviour influences human-elephant conflict, specifically crop-raiding. I hope by working with local communities and scientifically investigating elephant social behaviour in response to human-elephant conflict mitigation techniques, that we will be able to secure a safer future for both people and elephants.

My MSc focuses on elephant social behaviour in Weheragalagama village, Sri Lanka. This is a farming community adjacent to a National Park which experiences high levels of human-elephant conflict, as elephants often leave the park boundaries to enter farms and raid crops. I will focus on elephant behaviour in areas representing different levels of risk, and on how elephants respond to a newly established risk – fences made of connected beehives surrounding crop plots. It is hoped these beehive fences will deter elephants from crop raiding.

I have been lucky enough to work on elephant conservation and behavioural research projects previously in Kenya, Tanzania and Thailand. Elephants are an animal that constantly fascinate and surprise you and I’m very excited to see what new information this current study will reveal. 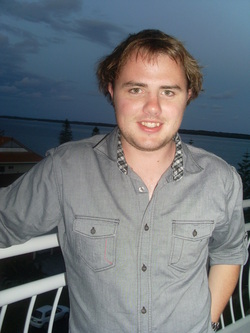 PhD. 2011- ongoing. Intergroup anxiety learning and outgroup categorization. Co-supervision with Dr Paolini
Under the supervision of Dr. Stefania Paolini & Dr. Andrea Griffin at the University of Newcastle, I investigate models of human and animal learning and theoretical models of social stereotyping to elucidate how learning processes interact with categorisation processes and contribute to explain stereotype formation and change. In particular, we use an aversive learning paradigm (electric shocks) to investigate the perceived prototypicality of outgroup members. Through this research we hope to determine whether direct and vicarious learning experiences involving an outgroup category cause outgroup members to be perceived as more representative of their group and whether this experience generalises and causes prototypicality shifts in other outgroup members. We also aim to ascertain whether these processes occur at a level outside of human awareness or whether they require the conscious processing of the learned information.
Contact: scott.a.turnbull@uon.edu.au

MSc. 2016. The role of behaviour in the range expansion of the common myna
I am interested by behavioural ecology. During my internship for my Master in ethology, I studied different behavioral traits related to personality (néophobie, sociality, exploration). I wanted to compare the expression of these traits in two differents populations of one invasive bird: indian mynas or common mynas. One of those population is located on the front of the invasion and the other is considered as the source of the invasion. I tried to see how personality variations could contribute to invasive success in common mynas (Acridotheres tristis). 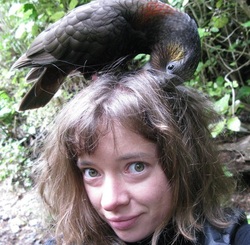 MSc. 2011. Innovation and sociality: An experimental analysis in Indian mynahs, Acridotheres tristis
Description interest
I studied animal behaviour during my master at the University of Paris XIII and I’m interested in behavioural ecology and conservation biology. Specifically I am interested in understanding the various factors which may lead to the decline of local species on one part, and those which may favour the establishment of alien species on the other part.
I’ve completed the research project of my master thesis at the University of Newcastle (Australia), under the supervision of Dr. Andrea Griffin. This project was conducted to further our understanding of the ecological success of the introduced Indian mynahs (Acridotheres tristis). Innovative ability, by being both related to relative brain size and ecological success, is a relevant measure to assess cognitive processes likely to be related to meaningful behaviours in the field. Besides, Acridotheres tristis makes an ideal experimental system to ask questions about innovation’s correlates, as it is an opportunistic, generalist and highly social species, which has shown high innovative capacities in recent work. 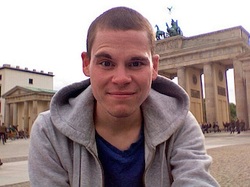 Honours. 2009. Individual and social learning about predators: a comparative analysis in the Indian mynah, Acridotheres tristis
During my Honours year in the Bachelor of Psychology at the University of Newcastle, I completed a research project on social fear learning in Indian mynahs (Acridotheres tristis) under the supervision of Dr Andrea Griffin. After graduating in 2009, I did some traveling and researched postgraduate study options. Presently I am completing a Master of Neuroscience at the Queensland Brain Institute in Brisbane, Australia, where I am conducting projects on action understanding in the motor system (using functional Magnetic Resonance Imaging), and the effects of distractor processing on perception (using electroencephalography).